JUST EAT  MAGIC IS REAL
60' commercial from Academy Films' directors Si & Ad
A demanding project combining live action location footage with studio based, stop frame animation.
The challenge was to keep the look & flexibility of Stedicam moves with the unique texture of stop frame animation. After the live action shoot was completed the brains at Freefolk tracked the live action shots and supplied the move data to the VFX Company.  They used their 3D rig chase software, combined with some superb brain power, to apply the data to their Milo moco rigs to reproduce the live action moves which matched the original shots.
After testing our moco line ups and arming myself with an array of with camera notes, lighting plans, art department drawings and 360 reference shots I set about to reproduce the look and lighting environment in the studio, making the stop frame sit within the original shots.
By overlaying the live action reference in Dragonframe software our animators, Tony and Tom; skilled in the magic art of stop frame, breathed life into a collection of knives, pots and pans, paper bags and chopsticks demonstrating neatly that dinner can practically make itself. 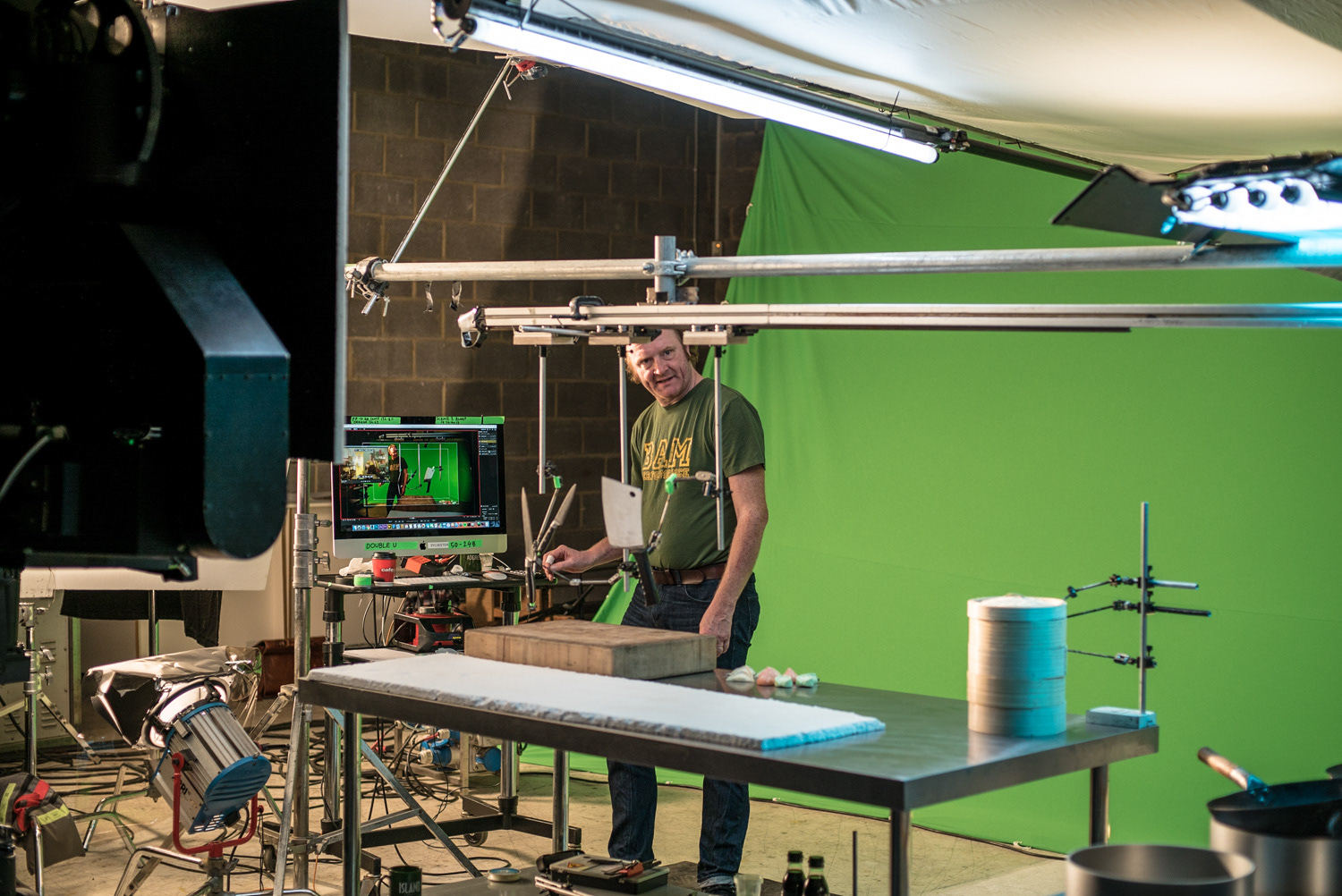 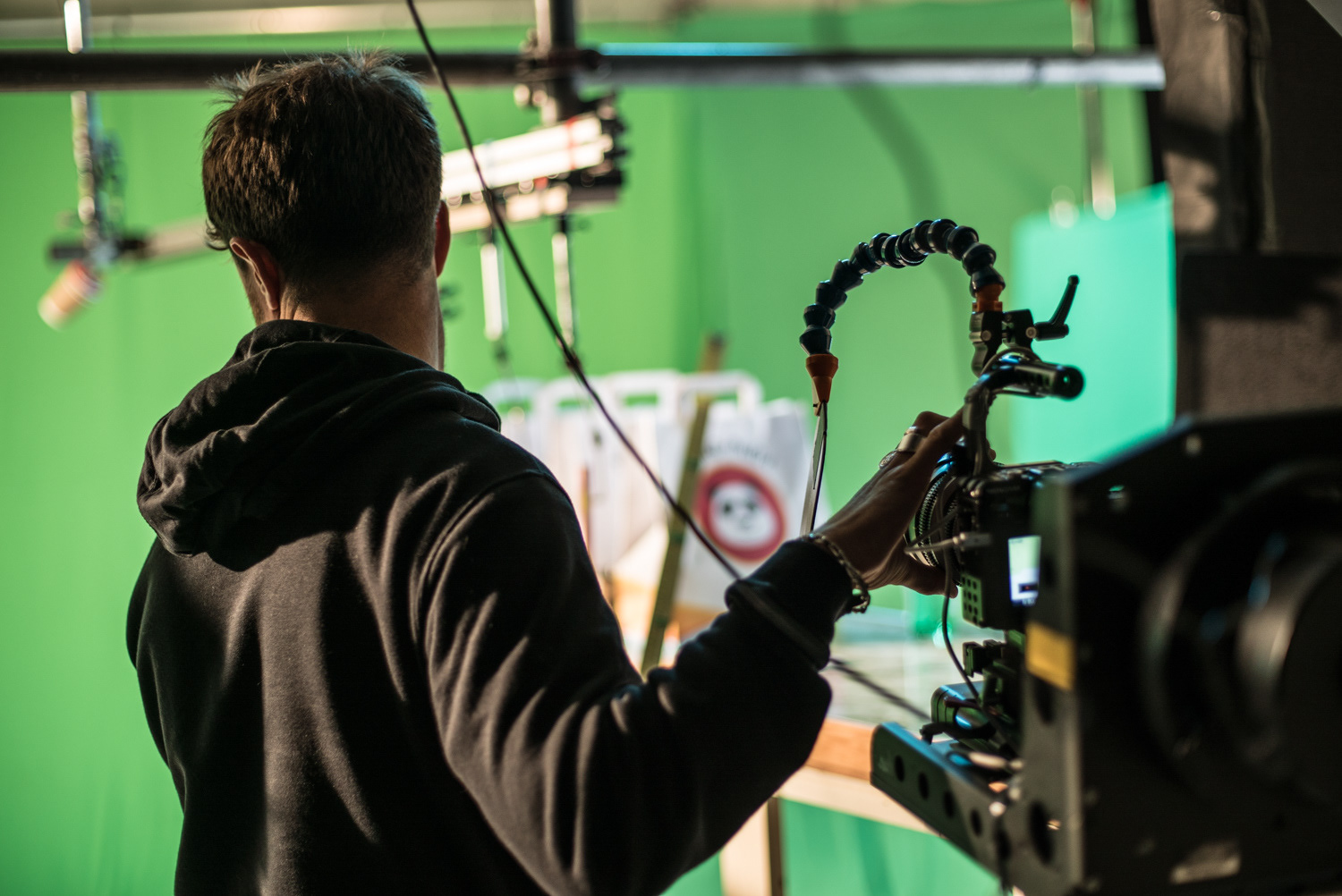 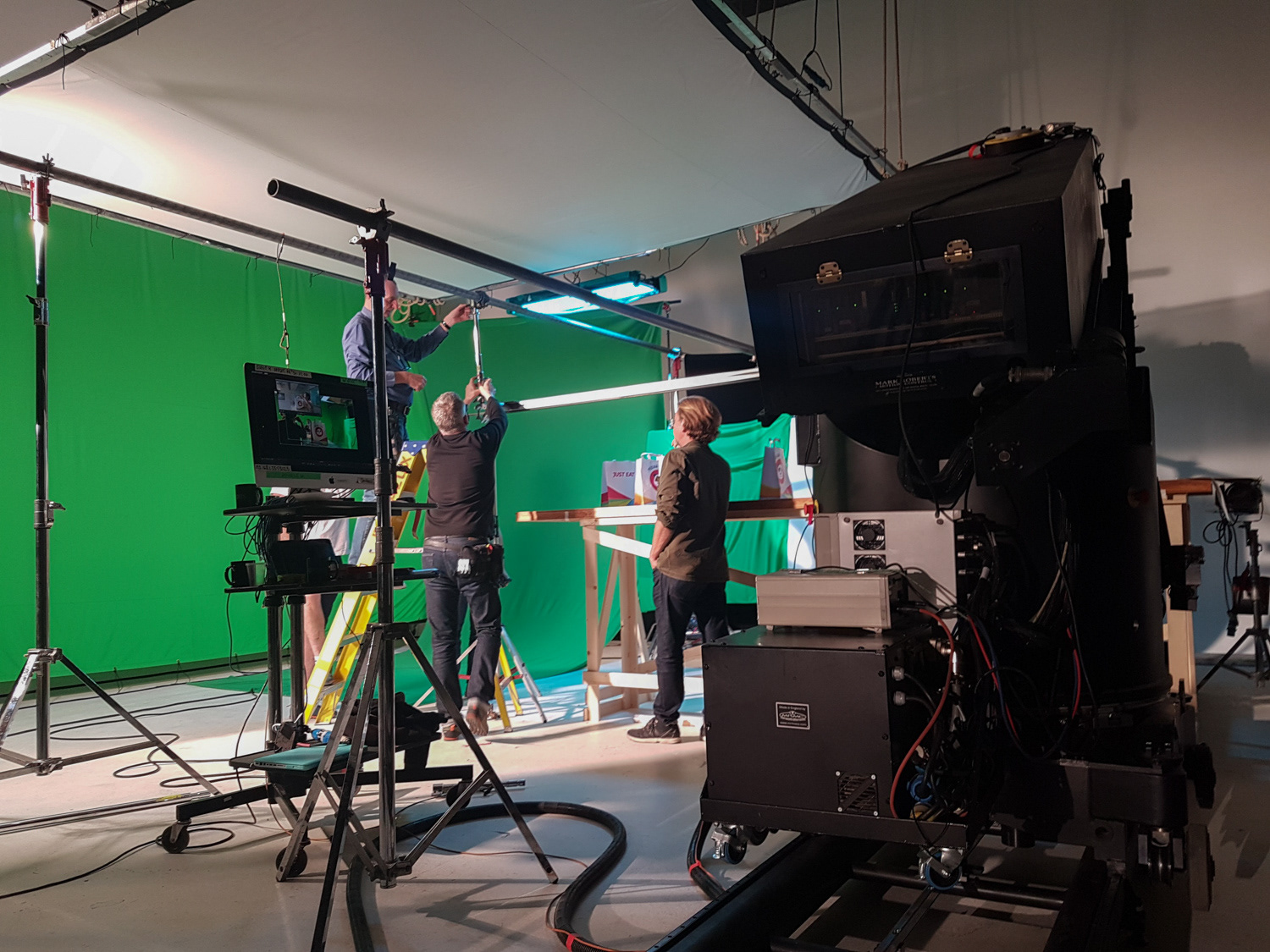 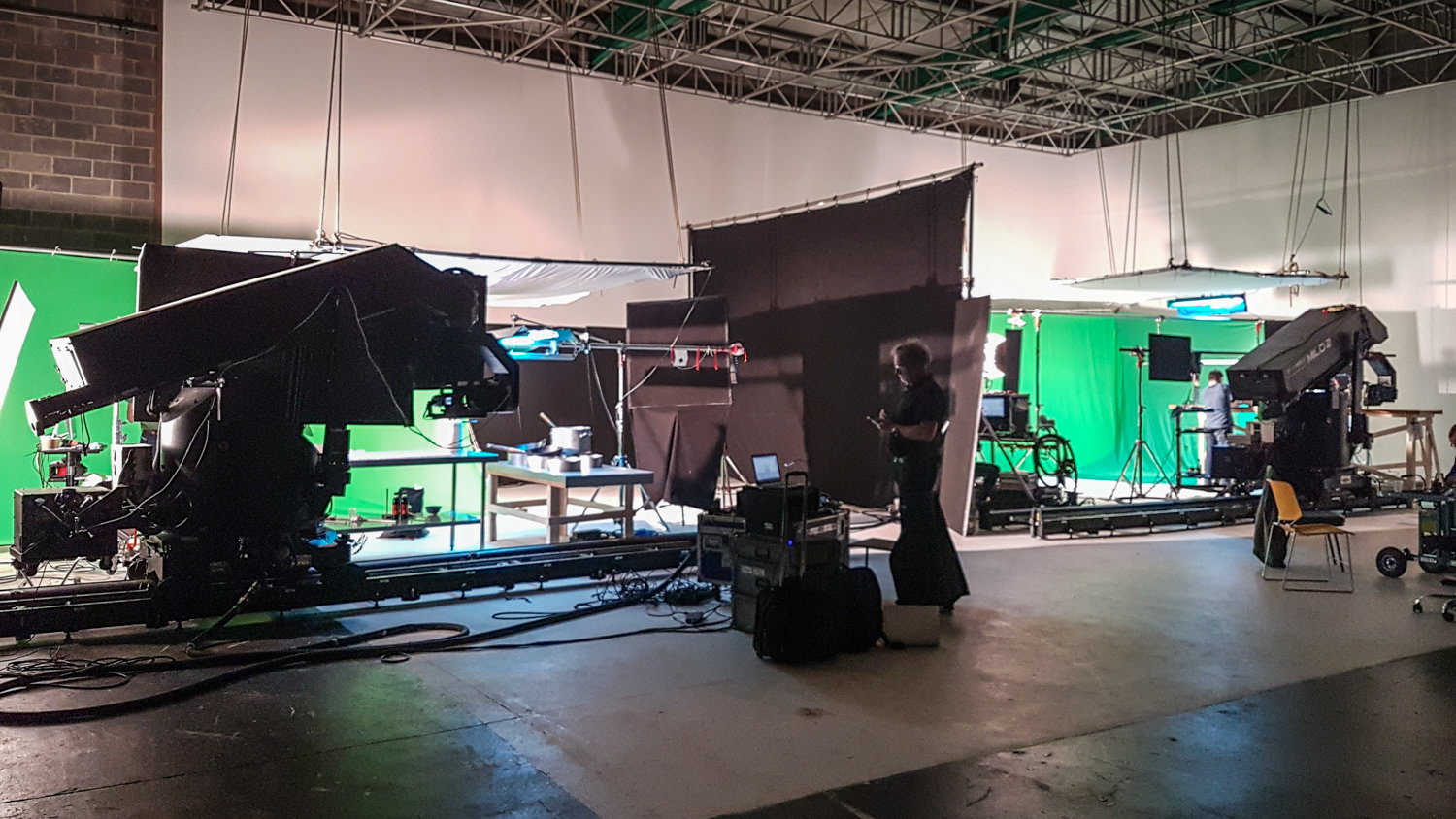 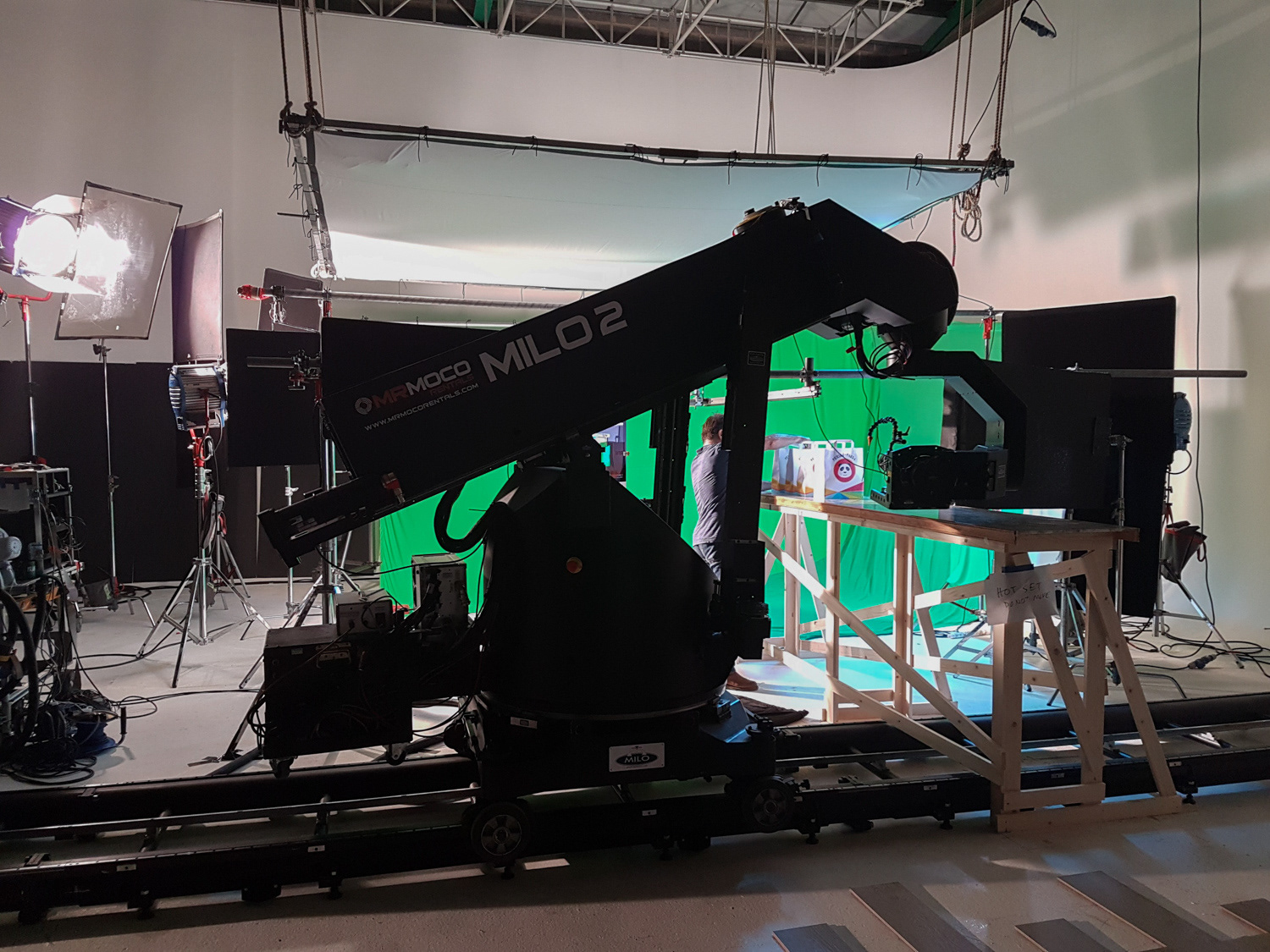 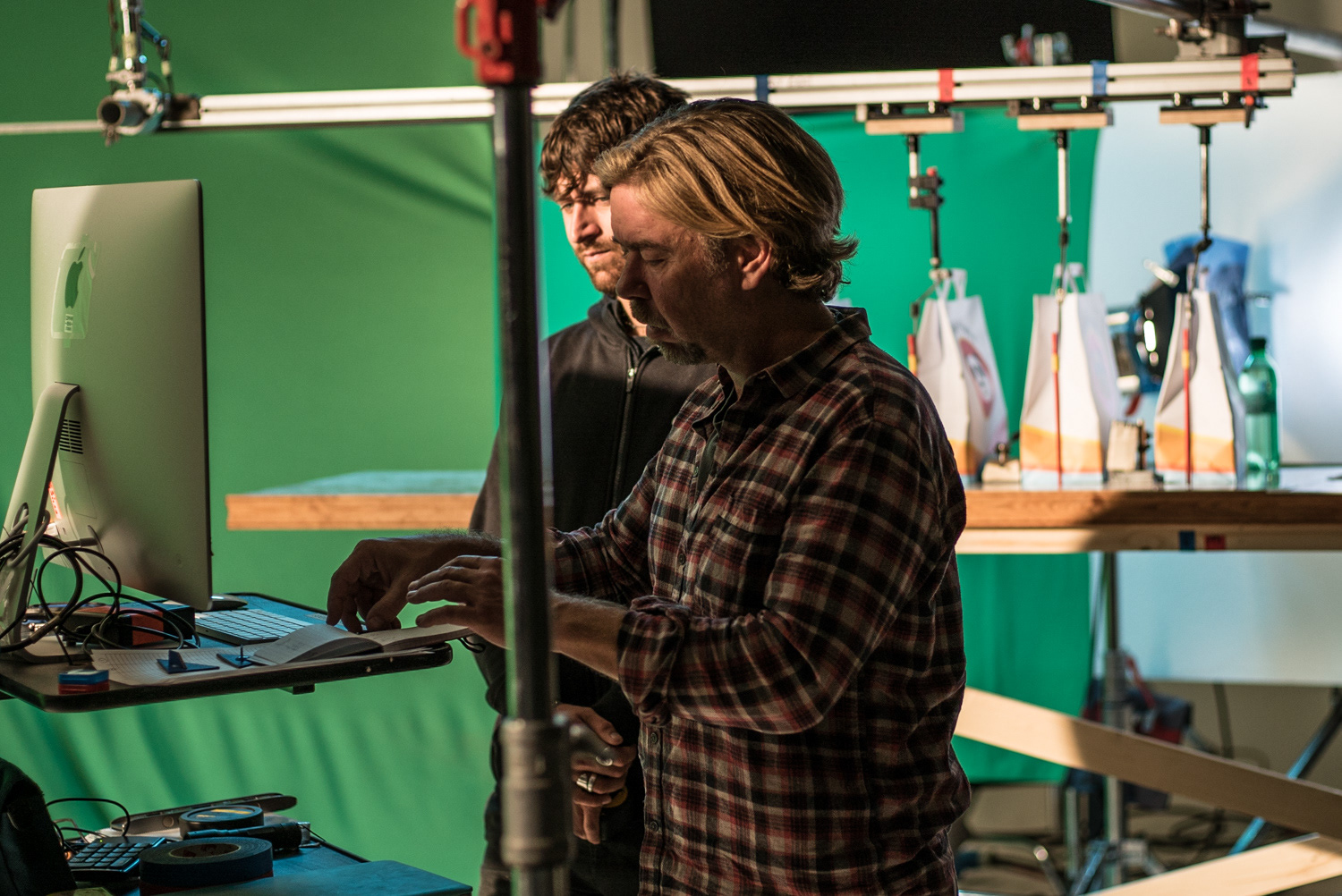 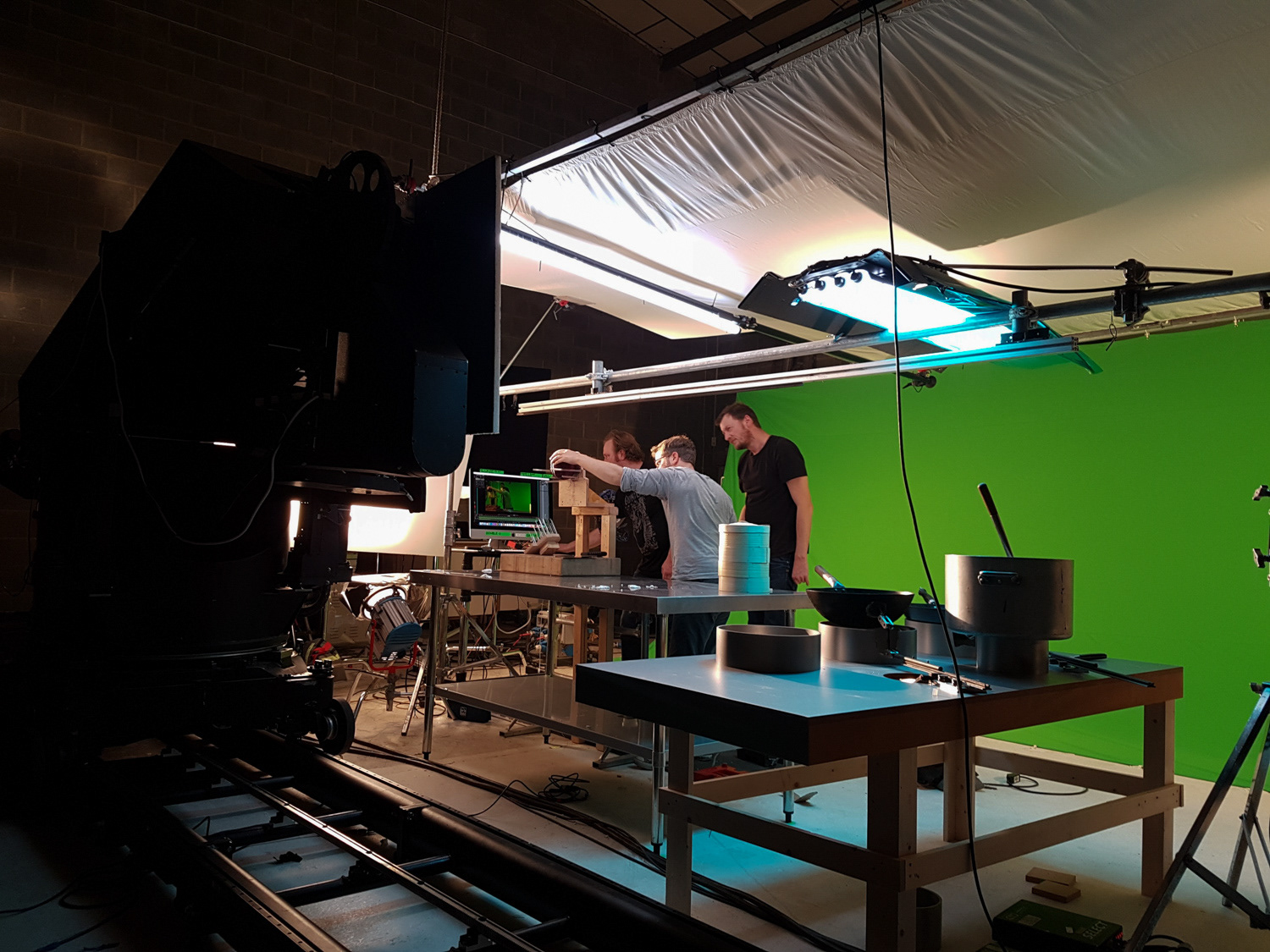 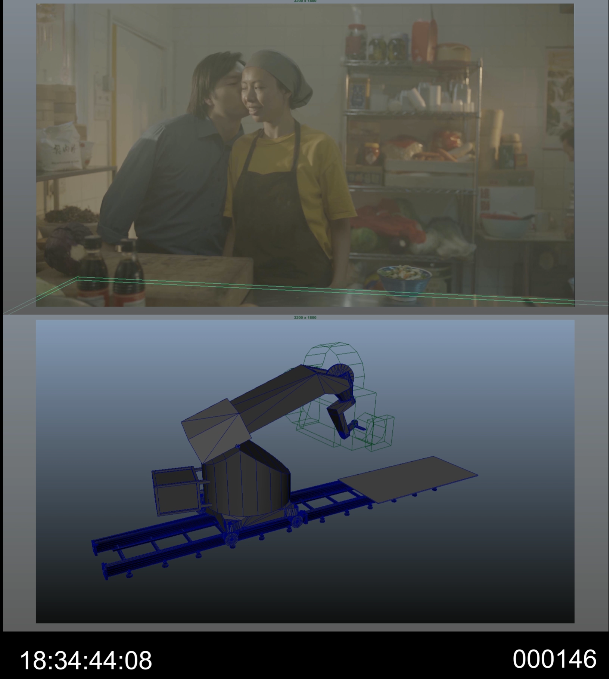 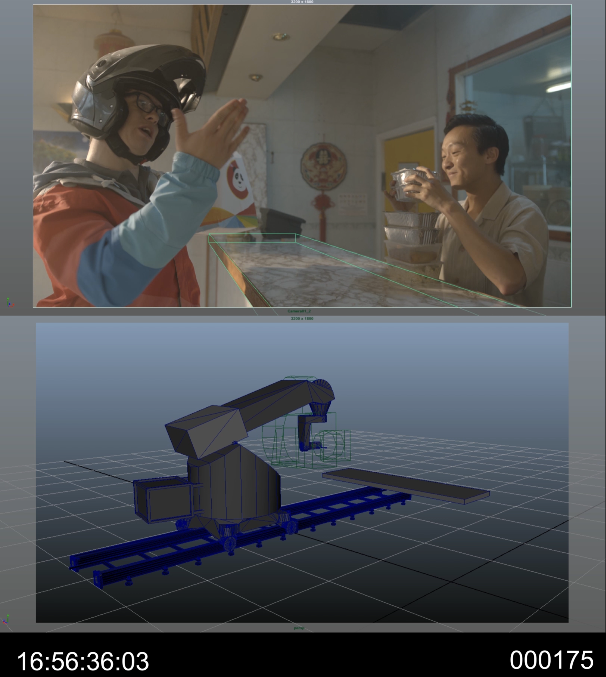 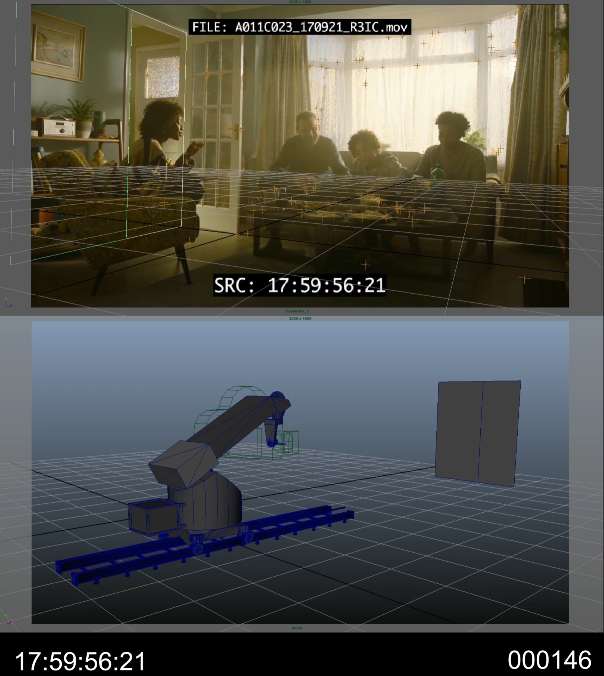